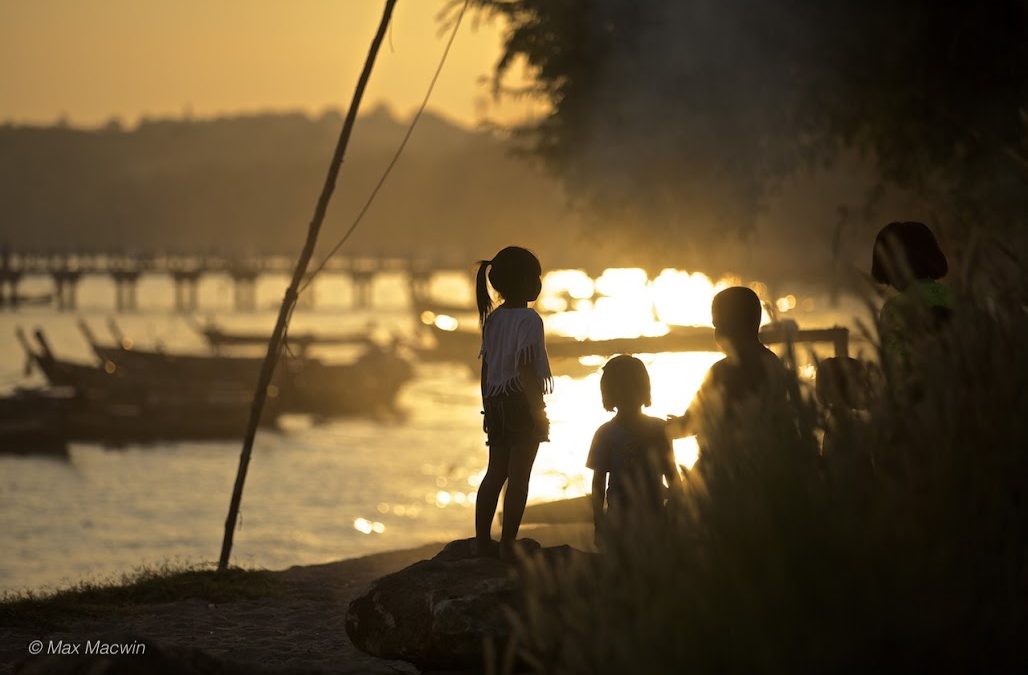 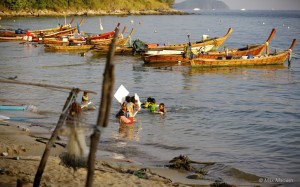 The Chao Ley, sometimes called sea gypsies, (people of the sea or water people) have been living off the seas around the west coast of the Malay and Thai coastline for hundreds of years.

Many still pursue a customary roving existence, as they live in small houseboats known as kabang. However more and more are adapting to more permanent dwellings around the Andaman Sea coastline -from Malaysia through Thailand and up into Burma.

There are several different groups including the Chao Ley, Mokem and Urak Lawoy, the latter natives have decided more so to settled on the islands of Ko Lanta, Ko Jum, Ko Phi Phi, Ko Lipe and even Phuket and these Sea gypsies are the most integrated particularly into Thai society.

Thailand’s Urak Lawoy have been recognized as Thai citizens since the ealry 1960s, Her Majesty the late Queen Mother originally granted them five family names, which enabled them to qualify for ID cards and even go to school. 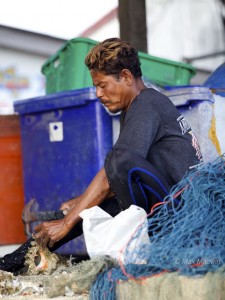 The Chao Ley arrived into Thailand from Malaysia some two hundred years ago -where some believe they may have been originally from the Nicobar Islands and are sometimes referred to as Thai Mai, or New Thai.

Many work on coconut plantations or as expert fishermen plying their trade at sea as they have done for centuries, while others continue in the more traditional way of Chao Ley lifestyle. There are thought to be around five thousand Chao Ley, all of which have very dark skin and some even have a reddish tinge to their hair, which is quite rare for Asian people.

The Chao Ley are animists – Animism is a belief that non-human entities such as animals, plants, and non-living objects own a spiritual essence, with a strong link to both the natural spirits of island and sea and to their own ancestral spirits which are highly revered.

The Chao Ley set up their style of totem poles on some beaches, which they use as the contact point between their ancestral spirits, ancestors and their shaman. All sea gypsies have a diverse musical heritage too.

The Moken who do not actually use any instruments, they use items that they find for percussion instruments, whereas the Urak Lawoy, on the other hand, due to their closer ties to the Thai way of life, are self-taught violin and drum musicians. 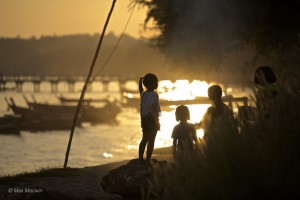 During community entertainments, such as the Urak Lawoy’s twice-yearly full-moon festivals on Ko Lanta, the male performers form an arc around the older women, who dance and sing about the sea, the jungle and their families.

Building a Kabang is the ultimate expression of what it is to be a Chao Ley, and this tradition holds true that every newly married couple has a kabang built for them. But the complex art of creating a seagoing home from a single tree trunk, and the way of life it signifies, is threatened.

The Thai government is actively promoting that the Sea Gypsies integrate more into society, the truly nomadic fleets are becoming increasingly disregarded, and the islands that they can visit and work unrestricted grow lesser by the year.

Like many folk here in the south of Thailand which were affected by the 2004 Tsunami the Chai Ley are no different, in fact many believe that it was this event that has caused the Chao Ley to be marginalized further.

You can, of course visit the Local Sea Gypsies, they are very friendly people and the children are so happy to see foreigners and love candy and sweets.
So if you do happen to cross paths with the Sea Gypsies of southern Thailand, take time to spend with them and learn even more about their way of life, for these are truly special people and sadly their way of life may just be dying out in the not too distant future.

Contact Us & Visit the Chao Ley with Easy Day