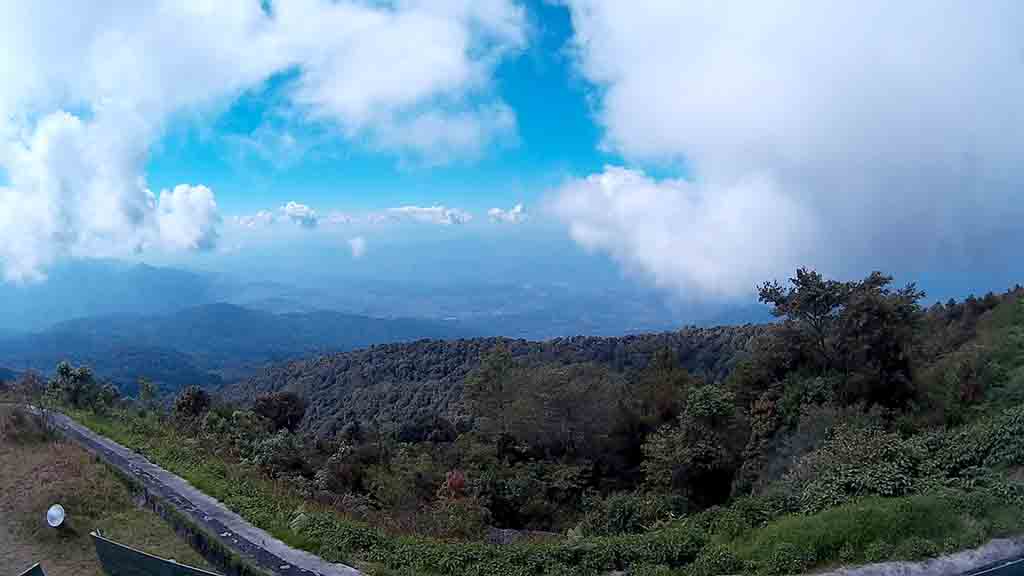 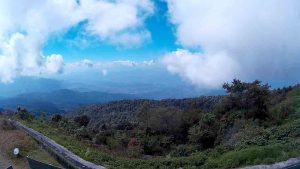 Doi Inthanon – Part of the Himalayan mountain range, Doi Inthanon also know as “The Roof of Thailand” at 2,565 metres above the sea level ,the National Park covers an area of 482.4 square kilometers in three districts of Chiang Mai province.

The park is part of the Himalayan mountain range, elevation ranges between 800 and 2565 meters with the highest peak at Doi Inthanon which is the highest mountain in Thailand. Due to the high altitude, the park has high humidity and cool weather all year . The flora consists of sphagnum bog, moist and dense evergreen cloud forest, dry evergreen, pine, mixed deciduous teak and dipterocarp forests.

The main attractions of the park are the summit of Doi Inthanon for its spectacular views of early morning, several waterfalls and a few trails. Most of the waterfalls within the park have relatively good flow of water all year round but the best season for water flow is during the rainy season from May to November.

On the way up you should not miss the stunning Phra Mahathat Napha Methanidon and Phra Mahathat Naphaphon Bhumisiri twin pagodas. They were built to commemorate the fifth cycle birthdays of King Bhumibol Adulyadej and Queen Sirikit. Sitting on two nearby peaks, both pagodas share the similar sizes, design and color linked with a walking path. The pagodas enshrine Lord Buddha’s relics and beautiful Buddha images. It is also a very nice viewpoint .

Before you reach the peak don`t miss the opportunity to walk around the Ang Ka Luang Nature Trail which was surveyed and designed by Mr. Michael MacMillan Walls, a Canadian volunteer biologist who devoted to his work and died from a heart attack on this mountain. This trail is 360 metres long, passing through wet and cool areas.

At the peak you find King Inthawichayanon’s stupa. He was the last king of Chiang Mai. Inthawichayanon, was concerned about the importance of forests and wanted to preserve the forests for future generations. He was so familiar with Doi Inthanon that he asked and that part of his ashes being kept at this place.

You like the cool climate ? Then you should visit the park during December and February.You get the change to see blossom of Sakura flowers all over the area.
And If you like to watching the Birds winter is the best time ,when indigenous and migrant birds are found including Eurasian Woodcock, White Wagtail, Grey Wagtail, Yellow Wagtail, Citrine Wagtail, Forest Wagtail, Chestnut Thrush, Scarlet Finch, Little Bunting, and Crested Bunting. The Center for Wildlife Research at Mahidol University has recorded total of 362 bird species in the park.