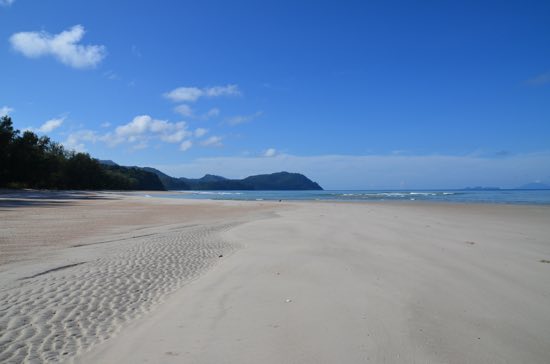 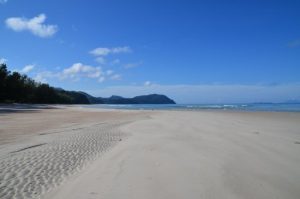 Koh Tarutao is the largest of the fifty one surrounding islands in this archipelago, all of which belong to the Tarutao National Marine Park in the Andaman Sea down in the province of Satun.

Ko Tarutao is the largest island of Tarutao National Marine Park and is so close to the Malaysia border you could throw a stone and hit the border Patrols. The island itself is only twenty six km long and around eleven km wide and is one of the least spoilt islands in the country, in fact, the Malay word Tertua or Tarutao actually means old and primitive.

The island is host to some very special marine life including: The Protected Dugong (or Mantee), the Common Dolphins are regular visitors to the area and so are the Irawadddy Dolphins, it is not unusual to see, at certain times of the year, migrating Sperm Whales and Minke Whales passing through. Also here, there are three species of sea turtles that nest on several of the island’s beaches, from September to April, including the Hawksbill and Green Turtle. 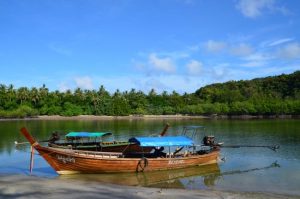 The island has some serious history to it; back in the early 1940’s Ko Tarutao was used as a prison, as it was considered so remote making it extremely difficult for the prisoners to escape.

Thailand actually sent more than three thousand prisoners to the work camps on Tarutao and these criminals were held at the infamous Talo Wao camp, which is on the east coast, however more hi profile political prisoners such as a son of then-exiled King Rama VII were incarcerated at the even more remote Talo Udang site at the island’s far southern tip. 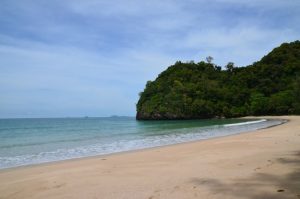 Much of Tarutao terrain is of very old Cambrian sandstone yet the northern and south eastern areas of the island are formed out of limestone rock. There are lots of caves here too to explore also created with limestone.

This exploration of the local rain forest here is an absolute must for wildlife enthusiasts. The naturist can find crab-eating macaques, a couple of different type of snakes, beautiful butterflies, and numerous types of lizards, wild boar, and the most beautiful birds.

There is a long road running through the island, but the topography is rocky and hilly with several peaks reaching more than 500 metres high. The highest peak is actually 713 metres high. 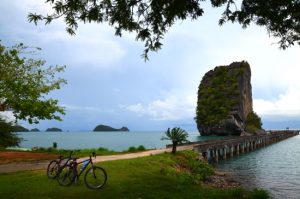 Most of the islands’ territory is covered in thick dense steamy jungle and this it is here where you will find the amazing wildlife. The western coast has long and wide white-sand beaches.

Like all the National Marine Parks here there is an entrance fee, which goes towards the upkeep of the island the park entrance fee: adult/child 200/100 baht is paid at park headquarters on Tarutao’s north west side.
Make sure you pick up a map at the Park Headquarters, as it has detailed descriptions on the area, the local history, geography, fauna and flora.