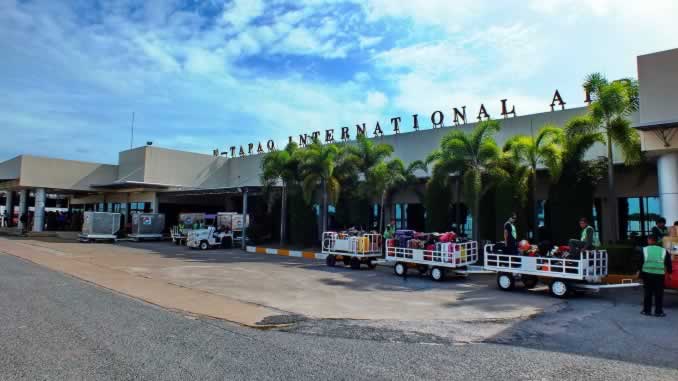 Pattaya Airport also named UTapao Airport, is a joint venture between civil and military sectors public airport and serves both Rayong (an industrial city south of Pattaya) and Pattaya itself. The airport is in the Ban Chang District of Rayong Province.

Many travellers may have never even heard of this airport, however back in 2008, and due 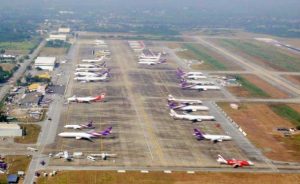 to the blockade of Bangkok’s airports by the then protesters opposed to the government, and Utapao airport temporarily became the main air entry point into Thailand -between 26 November and 5 December of that year.

Pattaya Airport also serves as the U-Tapao Royal Thai Navy Airfield, which is home to the Royal Thai Navy First Air Wing. U-Tapao is also where Thai Airways maintenance facility is housed, here they service their own and other companies aircraft.

As both of Bangkok’s international airports (Suvarnnabhumi and Don Meuang) are operating at a very high capacity to Thailand’s tourism industry; Utapao is being offered as an alternative international entry point into Thailand, all down to its close proximity to Bangkok.

The airport offers several different daily domestic and international flights, there are also operators flying only on a three or four days per week schedule. There are plans in the pipeline to expand the commercial flights from from U-Tapao, which will make it Bangkok’s third airport. 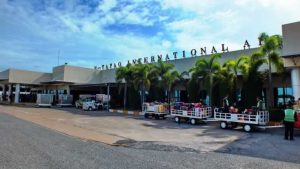 There is one terminal here at U-Tapao Airport which is used for both domestic and international flights.

Transportation to Pattaya and neighboring seaside towns such as Jomtien from Pattaya (U-Tapao) Airport is relatively simple.

The taxi and bus services desks are close to the terminal exit, these guys will help arrange transportation to your ultimate holiday destination.

Pattaya Airport or U-Tapao International Airport is positioned in-between Pattaya and Rayong, and about 40 km from each city, please allow at least 45 minutes for the journey time between your hotel and the airport.

Separated from the main terminal Airport is the Royal Thai Navy Air Station and home of the Thai Navy’s First Air Wing. So please respect this and do not worry if you see an unusual amount of military personnel around. Also please be aware that passengers are asked not to take photographs out of the aircraft window during take-off and landing.

During the Vietnam War U-Tapao was a secure armed base for United States Air Force B-52 Stratofortress bombers. U-Tapao became an important front-line command centre similar to those at Korat, Udon, Ubon, Nakhon Phanom, and Takhli in the north of the country.