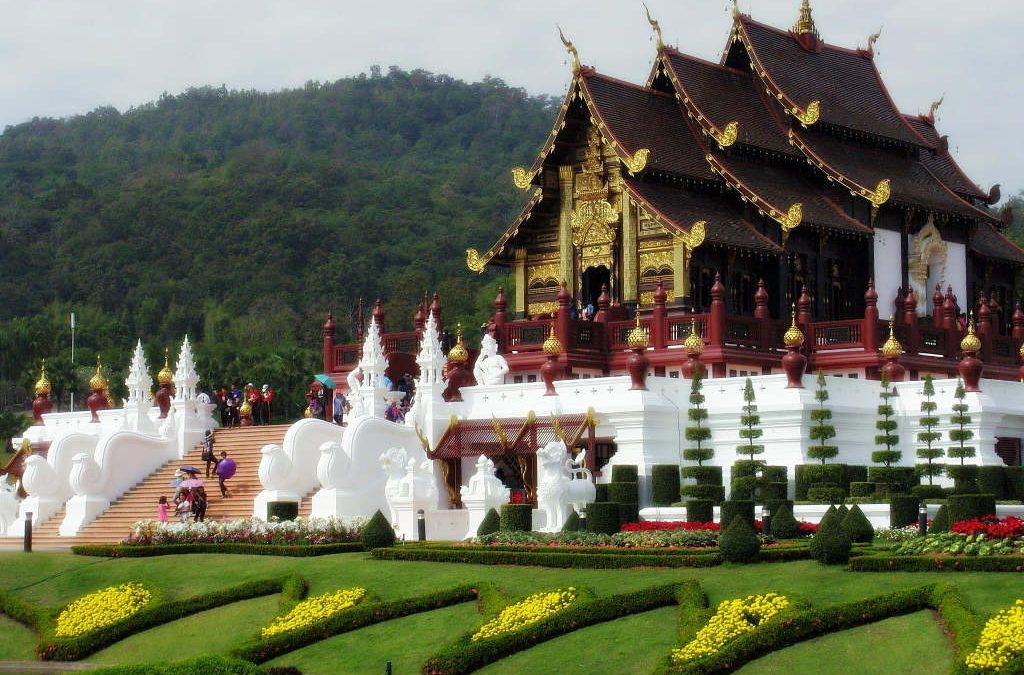 Royal Flora Ratchaphruek – Opened since 2006 the Royal Thai Government and Cooperatives organized the first International Horticultural Exposition at the Royal Agricultural Research Centre in Chiang Mai. His Majesty King Bhumibol Adulyadej of Thailand celebrate the 60th Anniversary Accession to the Throne and His 80th Birthday Anniversary this time.

His Majesty the King has graciously later given the name of this area as “The Royal Park Ratchapruek” at January 23, 2010.

Royal Flora Ratchaphruek is a horticultural exhibition in the city of Chiang Mai where you can admire thousands of species of trees and flowers. Ratchaphruek occupies 80 hectares of land in Mae Hia district in the provincial town of Chiang Mai. It is only 8 kilometers from the airport and has big parking spaces.

The Park is named after Thailand’s national flower Ratchaphruek (Cassia fistula or golden shower tree) with its beautiful yellow blossom. This Park boasts thousands of species of tropical plants and flowers.  One of the park’s highlights is the great orchid pavilion with its countless beautiful species of orchids in many colors.

Open all year, the Royal Flora Rachaphruek park well kept grounds feature a large number of beautiful botanical gardens each with a specific theme, indoor exhibitions, ponds with lotus flowers and the Ho Kham Royal Pavilion at the center of the Park. A beautiful teak wooden building with a multi tiered roof and golden chofahs adorning the roofs ends showcases the traditional architecture of the Lanna Kingdom, the empire that ruled most of present day North Thailand in previous centuries.

You can get around on foot, golf cart or electric bus. The open busses drive around the park at regular intervals and stop at “bus stops”. And you can hop on and off at any time you want.