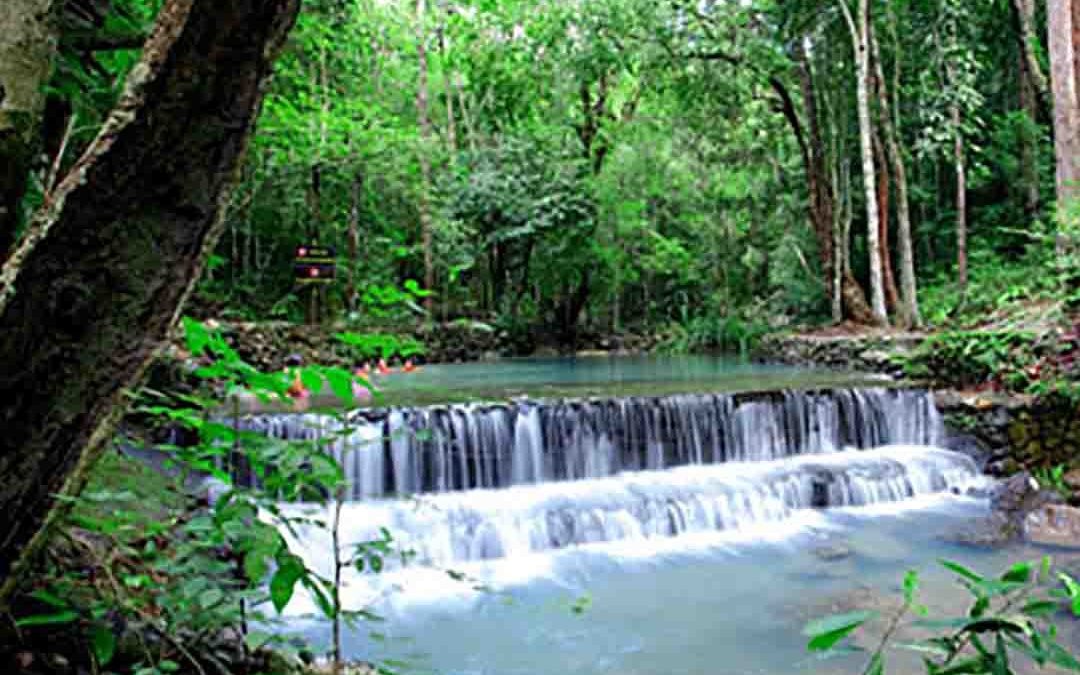 Than Sadet–Ko Pha-ngan is a national park in southern Thailand, It covers an area of 65.93 km2 (25.46 sq mi) mostly on the island Pha-ngan The park is named after the royal visit of Rama V, Than Sadet (lit. Royal River) who came to the island to visit the waterfall first in 1888, then returned as many as fourteen times over the next 21 years.

Rama V’s initials can still be seen carved in a commemorative rock near the estuary of the river where the waterfall empties into the sea at Than Sadet Bay. The river itself forms a series of waterfalls and rock pools along its 2.5 km length, providing excellent trekking possibilities for the experienced. Several other Thai monarchs have visited the site including the current King Rama IX.T

he park’s area is 589 sq. km Have a short cut out of the city of Chiang Rai to visiting the land of the Kok river. It is not just a beautiful scenery of the Kok river but it is also natural attractions which suitable for the study of many kinds of plants. The explorers are also looking forward to getting to know each other and the National interest of Kok river. Not only that, It also features a nice waterfall and a hot spring of the park as well.

Above rates are in Thai Baht and per person and subject to change by the Authorities. 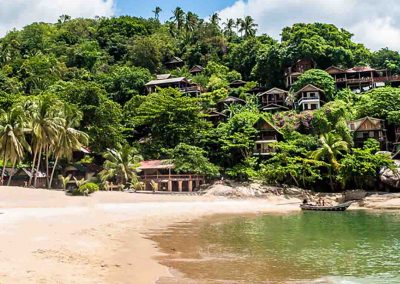 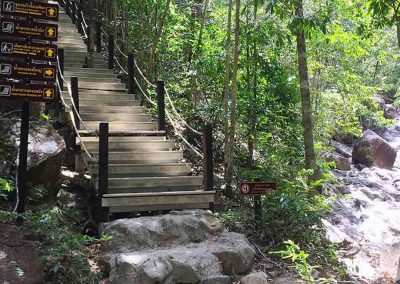 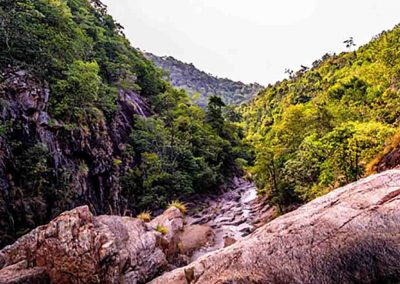 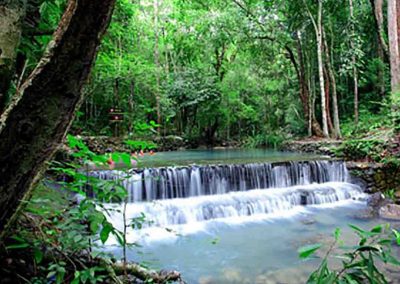 Things to do & How to get there

Inside National Park there are

Need directions to this Thailand National Park? Check out location on Google Maps.

Get in Touch now

Contact Us now for Things to do in Thailands National Parks.

Bang Pae Waterfall is a part of Khao Phra Thaeo national park in Thalang, north of Phuket Town, In the rainy season this 10-metre high waterfall is quite precipitous but if you visit from December to May it slows down some time you can swim , This is also home to the...
Read More

The Similan Islands is a group of 9 islands in the Andaman Sea. lying from the noth to south The main islands that are tourist attractions are Koh Miang (Island No.4), Koh Payu (Island No.7), Koh Similan (Island No. 8), and Koh Ba Ngu (Island No.9). These islands are...
Read More

The park is covering an area of 141 km² of which 76% is sea. The islands are popular destination for divers from all around the world for it’s various coral reef life and white beaches. The main islands are Ko Surin Nuea and Ko Surin Tai, the other three small islands...
Read More

The park’s total area is 72 square kilometres and its highest peak is Yot Khao Kanim mountain The park is best known for its large waterfalls located in the mountainous eastern section. The largest of these is Ton Phrai Waterfall, 40 metres high and best seen during...
Read More

The cascading waters of the hot springs offer a unique way of getting right back to nature and leaving the world behind with a rare treat of pure mineral salts in their natural environment. The Jacuzzi type baths are perfect for sharing and can be filled right to the...
Read More

Than Bok Khorani National Park is covering over 100 square kilometres in all, At the Visitor Center just south of Ao Luek, a nature trail leads straight to the park’s namesake attraction Than Bok Khorani Waterfall. Draped in long rattan leaves and bamboo groves, the...
Read More

Mu Ko Ang Thong is a marine national park in the Gulf of Thailand in Surat Thani Province. It covers 42 islands in a total area of 102 km, of which about 50 km are land and the rest is water. There is a ranger station, bungalows , a shop, and a restaurant at Ao Phi...
Read More