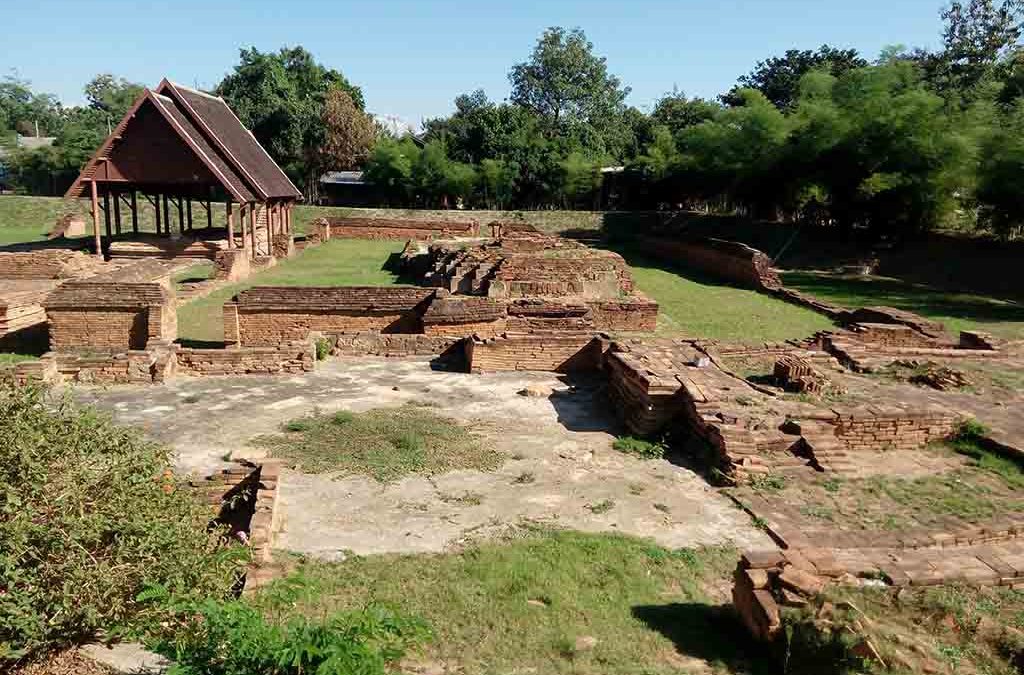 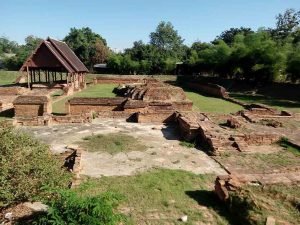 1286 King Mengrai founded  Wiang Kum Kam. It was the capital of the Lanna empire for a period of only 10 years. Because the town regularly flooded, Mengrai decided to move the capital to his newly founded city Chiang Mai in 1296. Translating to “new city,” Chiang Mai was built on higher ground and used a large pond to receive the excess of flood water.

For the next 250 years, these two cities coexisted peacefully under Lanna and Burmese reigns. Then, at some point between 1558-1594, the Ping River changed his directions and Wiang Kum Kam was buried under a rooftop of mud and sludge.

The ancient town measures 850 meters long and 600 meters wide. Over an area of several square kilometers inside and outside the town the remains of several dozens ancient monuments have been discovered until now. Traces of the ancient walls and moats are still remain.

The landmark monument of the ruins is Wat Chedi Liam , with a soaring stucco chedi divided into dozens of niches for Buddha statues, an architectural nod to India’s famous Mahabodhi Temple. In fact, this spire was created as part of a rather fanciful restoration by a Burmese trader in 1908. Over 1300 inscribed stone slabs, bricks, bells and chedi have been excavated at the site and some pieces are you can see at the visitor centre. The most important archaeological discovery was a four-piece stone slab, now to see at at the Chiang Mai National Museum, inscribed with one of the earliest known examples of Thai script.

A few temples are in use today, including the Wat Chedi Liam and the Wat Cham Kam. Part of Wiang Kum Kam’s attraction is the peaceful rural surroundings. The site is much less visited than better known sites as Ayutthaya and Sukhothai.

You can  explore the ruins by horse cart or tram or your own vehicle, starting from the visitor centre.