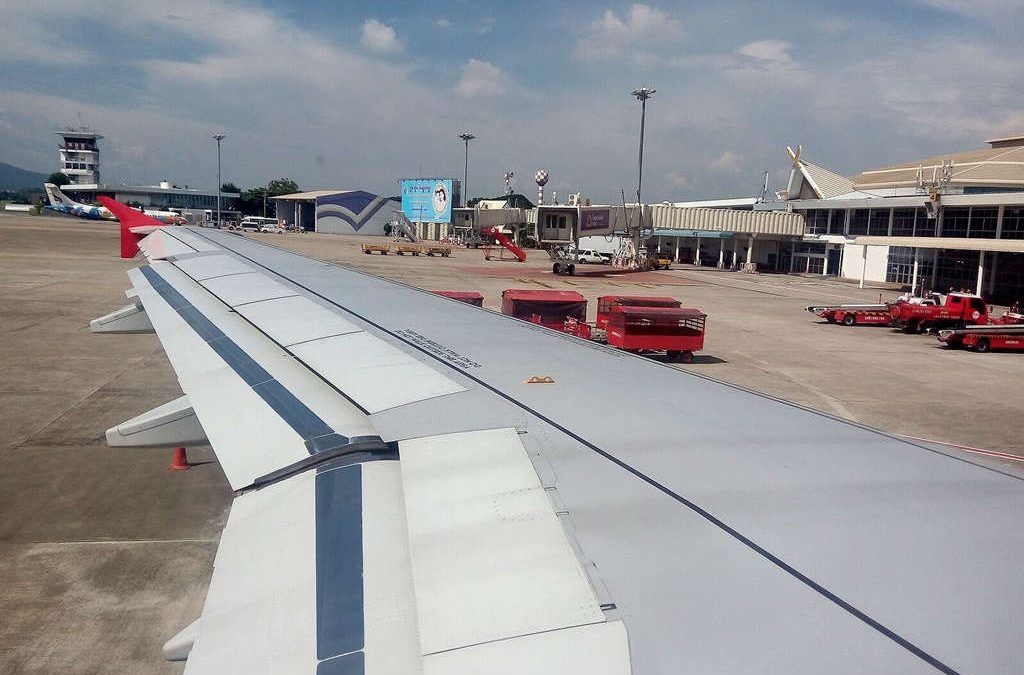 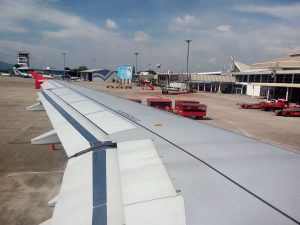 Chiang Mai Airport – is just 3 km southwest from the city centre of Chiang Mai. The Airport is close to downtown, there  you get a nice view of Doi Suthep when you arrive.

On arrival you will find several travel agents, including those arranging hotels, taxis and tours. Exchange Counters and ATMs are also onsite. 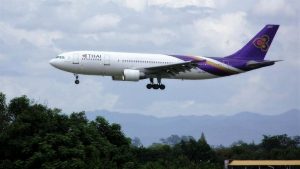 Legal airport taxis charge a flat 160 baht for up to five passengers anywhere in the city. The taxis from Chiang Mai are considered safe and reliable.

The taxis operate from the exit number 1 at the north end of the Terminal, after baggage claim and customs, just walk into the reception Hall and turn left.

Alternatively, take Bus 4 to the city centre for 15 baht, or charter a tuk-tuk or songthaew for 80-100 baht.

Most visitors use Chiang Mai Airport’s domestic terminal, which has several food outlets, including two coffee shops – Pizza Company, Diary Queen, and Black Canyon. A proper dining restaurant and sports bar- There is also a number of small shops selling silk, handicrafts, magazines and souvenirs. Chiang Mai Airport offers a 2 hour free internet Access. You just need to register online and it is available everywhere at the airport. 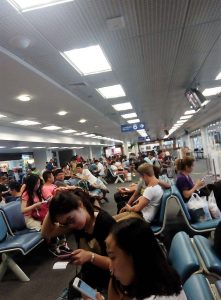 All flights to Bangkok  take approximately 50-55 minutes but note that while Thai and Bangkok Airways fly to Suvarnabhumi Airport, Nok Air,Air Asis and Thai Lion Air  fly into Don Muang.