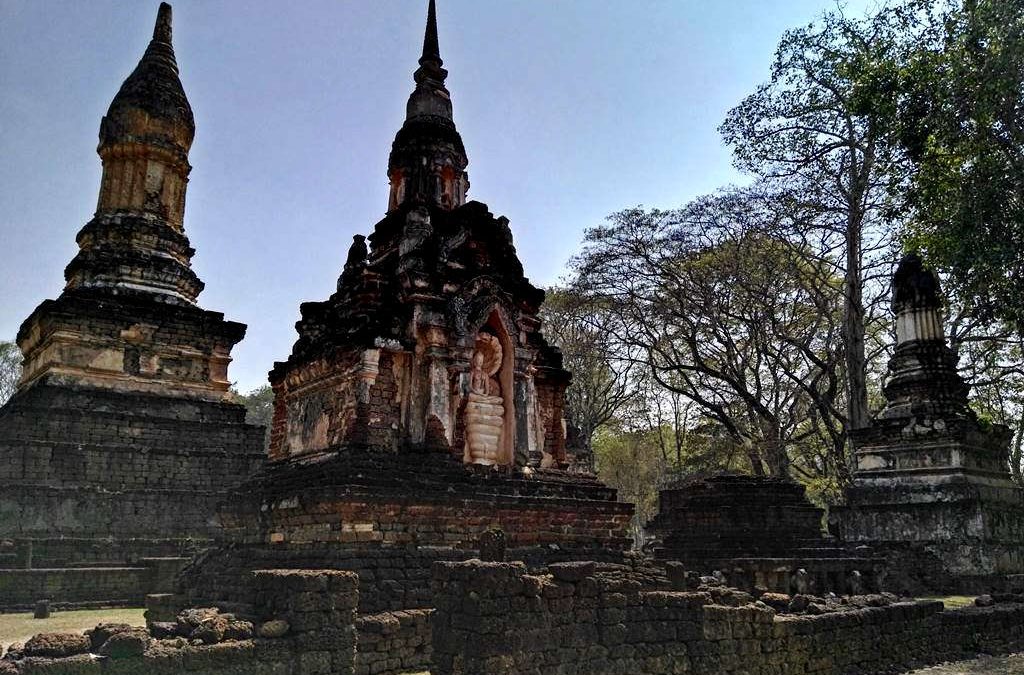 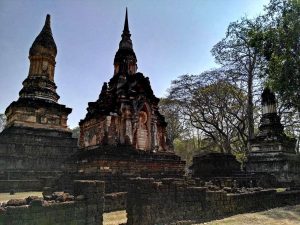 The Park is UNESCO listet as World Heritage Sites and maintained by the Fine Arts Department of Thailand in association with UNESCO. This location is recognised for their importance as part of the original Thai kingdom and for their lasting legacy to Thai architecture and the arts.

Si Satchanalai was built as a satellite city from Sukothai because of its strategic location. The two cities were linked by one road known as Thanon Phra Ruang which is considered by some Thai historians to be the first highway in Thailand. Founded in 1250, Si Satchanalai was built on the banks of the Yom River and protected by two hills which provided lookout points to scout for enemies.

You can see some Khmer-style ruins which pre-date to the Sukhothai period. And after the Sukhothai kingdom fell, Si Satchanalai remained an important strategic location with the rival Ayutthaya and Lanna kingdoms battling on various occasions for control of the city.

A nice place to explore is Wat Phra Si Rattana Mahathat Chaliang. This large historic temple complex is one of the most impressive sites in the area. The decorative stucco bearing the Bayon art style of ancient Khmer found at the main entrance of the temple as well as archeological evidence excavated here points out clearly that this temple was originally founded before the Sukhothai period. Its architectural characteristics as seen in the present indicate that it could date back to the Ayutthaya period though some evidence suggests that the shrine might have been built to cover an earlier structure.

It´s a joy to walk or cycle around the park and relax at the peaceful not crowded green spotted setting full of ancient tempels, shrines and Buddha statues.

There are signs in English and Thai for the main sites explaining their history and significance.

Entrance fee: Each zone charges an admission fee of 100 Thai Baht. A map of the Park and brochures in English are available at the information center.

Tram Rides: There is a tram service that runs within the Park.